Decided to post some pictures of the dog. This one was when I first brought him home. 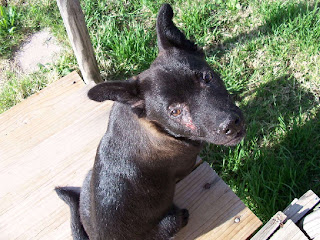 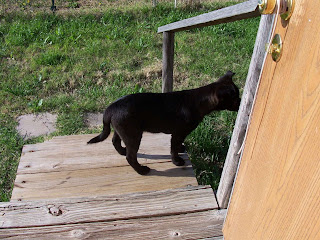 pitiful and ate up with mange .He was born with it. After a vet bill of 160.00 he got so much better.

Now he thinks he's something and spoilt rotten. But I do have to keep an eye on him. The kids here have aggravated him so much now he doesn't like children. 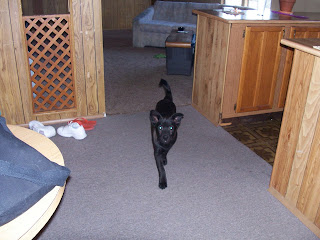 The people I got him from found him in a den north of here,There had been some wolves I was told and the vet who checked him out there said he had wolf in him. His mother was killed I believe by hunters or could of been other wolves but they rescued 11 and some died and the lady sold some. His sister and him were the only two left and I didn't want a female so I got him. The lady was even nice enough to bring him to Abilene for me. He was so pitiful when she brought him out of the carrier. He was free because I had told the lady about having to put my other two dogs down.I was devastated about it. So Orion has been therapy for me so much and I've calmed down alot.When I got him home I never told my husband about what I was doing and he didn't like it at first and kept saying"he's gonna look better isn't he?" Yep after some vet visits well he looks beautiful and no more mange.And he's a Daddys boy,he loves my husband half to death and sulks when he goes to work.Yeah thats gratitude for ya lol.Needless to say hubby has spoilt him worse than I have.But he is one great watchdog!