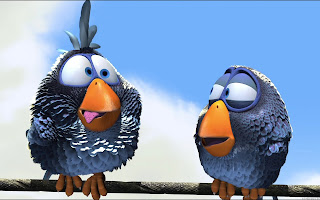 This is how I have been feeling!Yep that's how hubstead looks at me lol.


Well so far so good.It has been tough getting back into beading after not picking it back up for awhile.I was going to do a hatband for my cowboy hat but remembered that I had bought beads for my bluebird barette.So this is what I am putting together now.Hubstead and I have been sneezing so bad,we got allergies.This wind here has been blowing and it has been making us miserable.Hubstead even missed a day of work because he couldn't even function.I did make some stuff up with honey and coconut oil and lemon.It helped alittle to combat it but it is still bad.Going down to freezing tonight here in West Texas.
I don't know what to think about the events that has happened in the last couple of days.It's a mind blower.Sometimes I feel well,we get these things over a period of time but then too is it going to be a reacurring thing?Are we going to be like these other countries?Fear is not an option for Americans.We are stronger than that I would like to think.As far as the explosion in West Texas we'll have to wait and see what comes about.I had gotten up last night and was asking hubstead where Orion was and he said he was in the office and ask me why?I told him I felt something and heard something and as always he said he are always doing that.Now we know ,it was around that time it happened.Yes I am like that,I have always been able to sense things.I knew something was wrong and couldn't sleep.So many prayers go out to both Boston and West,Texas.